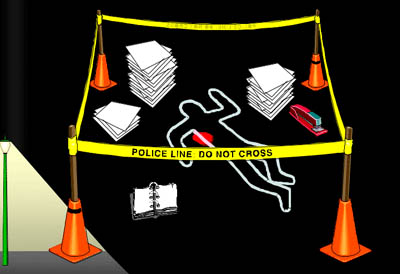 Ms. Harriet (H) Rose (R) Job was found dead – at her workplace. This is a “police procedural” – conducted by detective Marc S. Miller who explores the Crime at the Crime Scene. The detective squad determines that there are many suspects and other “persons of interest” including: “Benny Fits” (Benefits), “Pai Roal” (Payroll), “Harry R. Is” (HRIS), Bebe Boomer, Cher Holder (Shareholders), Ed Konomy (the economy), Mel Lenial (Millennial), Sue “Sis” Stems, etc..; all of who have specific motives and opportunity. Find out if Ms. H. R. Job was targeted. Was her demise because she had minimal or no CLOUT or influence to her peers and within her organization? Was it because she had no influence or personal visibility? Was it because she refused to embrace change or any new technology? Was it because she was considered a “loner”? Maybe Ms. H.R. Job was unfamiliar with the concept of adding “Value” to her organizations. Find out what led to her demise and at the same time how to protect yourself. This presentation will provide you with an anecdotal but fact based Clout Questionnaire, where attendees will be able to determine their own Level of Clout (both personal and professional). The use of HR Technology as a driver in gaining and maintaining CLOUT while adding “value” to the overall function of HR. This is a critical component of this presentation.

“Leveraging your HR Technology” or, how to avoid the ‘Dirty Harry’ syndrome”

“Dirty Harry” Callahan, portrayed by Clint Eastwood in the classic 1976 movie “The Enforcer” had some uncomplimentary things to say about people in “Personnel” (now Human Resources). A film clip from this movie will impress the attendees how far the HR function has come since those days, and how this progression has evolved. This presentation will explore how the function of HR deserves to be considered a strategic “Asset” (rather than something else!)

Now, management has recognized that the function of Human Resources (especially employee engagement, onboarding and the overall User Experience (UX) along with Succession Planning, staffing, recruiting) and other related HR activities must be interwoven within the overall strategies of the enterprise, as all aspects of its success depend on the HUMAN resource.

To accomplish this, and to become a “Strategic Partner” with the other corporate business units, those in HR must view themselves and their tasks from a business perspective. This cannot be accomplished without significant support from a variety of available HR Technology solutions. This session will explore how, through the use of the data transformed into “information” and analytics provides critical support to the strategic needs of senior management. An effective HRMS will enhance the strategic partnership and reputation of the HR and HR technology function. 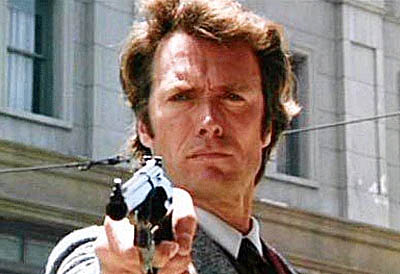 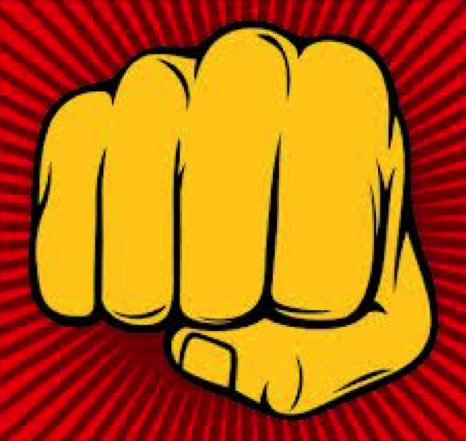 To the HR Technology professional, an HRMS must be considered to be the significant component of his/her success. A successful HRMS capacity, well received by user and Senior Management alike, should lead to personal growth and success.

One major component of gaining success, both personally and professionally, is when an individual is thought to have influence or “CLOUT”.

This session will discuss the general issues surrounding the components of CLOUT… what makes a person have CLOUT and others not, how to get CLOUT and how to keep it.

Today’s shifting workforce – becoming heavily dependent on Millennial’s and even the newest generation – Gen Z – create a challenge in terms of attracting and retaining top tier talent in any company. One solution and one proven “want” is that these generations seek independence, and a positive and technically rich work experience, one that they perceive includes freedom, challenge and trust. They seek influence and recognition. They seek work that is new, challenging and of global scope. They want to experience collaboration with others in their organization – at any level and at any location. They want some power, and thus, some CLOUT. Without that kind of work – they exhibit no loyalty, and minimal engagement.

This session will help the attendees determine their own CLOUT SCORE via a humorous, but serious Questionnaire.

“People on Projects — why projects succeed and others fail”

Most organizations of any size will have implemented or tried to implement some kind of HR Technology. HR Technology vendors have existed since the mid sixties and promise (and usually deliver) software that works. However, research tells us (in hindsight) that most of the major implementations of large employee systems in complex environments have fallen short of expectations and have failed to meet originally set goals, timeframes, budgets and overall directives.

Research also tells us that when asked, the “survivors” of project failures (“disasters”) cite “politics” as the chief culprit. In fact, in over 90% of “failed systems” (all applications, not just HR Technology) not one technical flaw was to blame.

The management of the project team, and the behavior of the people on the project was the main cause for project failure.

This talk explores the “people” aspects of system implementations, addressing such topics as team collaboration, team staffing, the need to understand differing cultures. generational differences, motivations, and how an individuals’ thirst for “power” all effect the potential success of any type of project.

Additionally this session will explore and explain how the differing roles, mindsets, culture, and competencies between people in differing roles such as Audit, Operations, Human Resources, Payroll and IT can be recognized, respected and melded together to create a positive team collaborative outcome. This is further complicated with the need to collaborate with remote team members across distant time zones and within different work styles and cultures.

Using pertinent and humorous adaptations of a famous science fiction classic movie, Marc Miller will emphasize the importance of Team Building and Teamwork to achieving a project team effort that is considered successful.

This session will explore the issue of communications and how the lack of, or presence of, effective communications plays a significant role in causing the potential success or failure of technology or other project team initiatives. 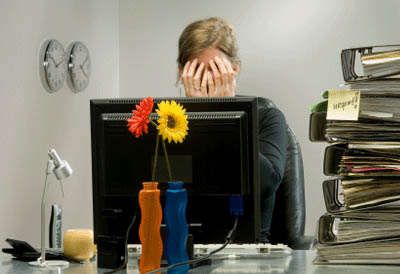 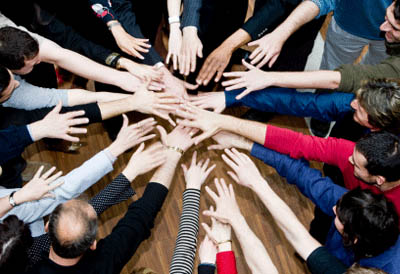 “The Politics of HR Technology”

This talk focuses on internal politics and how they influence the selection and implementation of new HR Technology. All companies and all executives have agendas that are stated or unstated, that are political or personal. The key is to figure out how best to use the politics on the behalf of gaining new HR Technology and not to its detriment. This session will explore techniques to identify “political influences” and will explore how to classify each political player or movement as good, bad or indifferent, and how to “play the game” in the political arena. 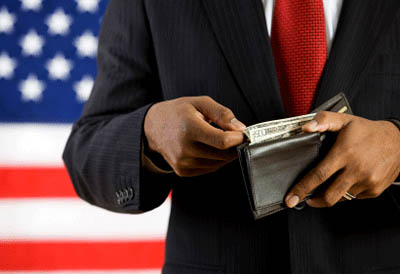 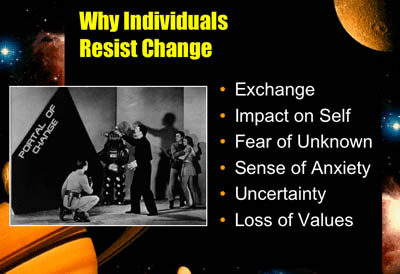 “HR folks are from Mars, Systems People are from Venus — the Communication Among Alien Species”

Based on the popular best seller “MEN ARE FROM MARS, WOMEN ARE FROM VENUS” (by John Gray, Phd), this session explores the issue of communications and how the lack of, or presence of, effective communications plays a significant role in causing the potential success or failure of HR systems and HRMS related business process improvement projects.

A verbal questionnaire will be used to determine the current communications style and effectiveness of the session attendees as communicators.

Additionally, this session will explore how the different roles, culture and functions of HR and SYSTEMS people differ, and how these differences have led to system failures.

The session will explore methods to overcome these historical based barriers between these two cultures.

By being in the right place at the right time, and by providing strategic and actionable information, HR can help any organization improve its effectiveness and efficiencies. By leveraging the power of today’s HR technology – delivered over the Cloud in a Software as a Service (SaaS) basis – the HR function will shift from transaction oriented to a critical “strategic” focus.

The requirement for HR to assume the role of a strategic business partner is increasingly accepted. HR leaders know they must provide senior management with the information and advice to guide the organization through the competitive landscape. But, there are myriad other HR tasks that remain. HR practitioners wonder if they need superpowers to accomplish the full slate of work.

The combination of the Internet and the utilization of new vendor offerings have enhanced the powers of HR to the greatest extent possible. With proper understanding of strategies for WEB utilization and related product “bolt ons”, HR can provide “heroic” results and measures to senior management. 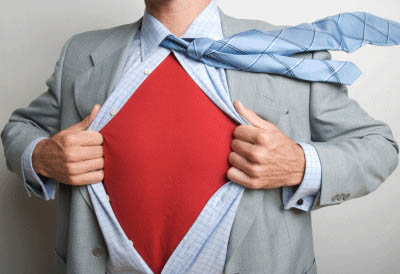 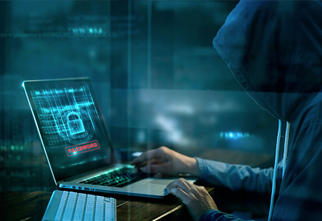 This session explores why and how HR, working with IT/Security, must take the lead in educating the workforce within the organization so that the full employee population gains an understanding of the internal cybersecurity threats.

How HR can build best practices to help IT/Security prevent, detect, and respond to information security threats within an organization, and to implement other measures to minimize cyber risks.

Among the topics covered are:
Today’s Cybersecurity landscape: the Impact, cost and & effect of Cyber attacks to America’s corporations over the last decade, the “Dark Web” threat etc. and HR’s role in helping IT build and communicate policies and culture to allow all employees the freedom to be “aware” and to potentially express concern about a colleagues actions.

HR’s direct involvement can be focused on these five Key areas:
1. Knowledge of the workforce
2. Support in cyber security hiring
3. Management of HRMS and protecting HR data
4. Understanding and administration of workforce rights
5. Ongoing delivery of cyber awareness to the workforce

HR’s goal is to instill a culture and mindset of Awareness and to generate formal policies to help keep the corporation safe from both internal and external cyber threats. Best practices must focus on Employee Mindset / vigilance / education about phishin,Workforce travel cyber safety best practices, Password practices and other issues in the ever changing and more threatening Cyber landscape.

Contact Marc S. Miller Associates for an informative consultation or for your next conference, meeting or webinar.